Gigi Hadid is a celebrity model known both for her beauty and slender physique. If you’re looking for a workout plan that will help you achieve similar results, read on as we explore everything you need to know about the Gigi Hadid workout routine and diet plan.

What is the Gigi Hadid Workout Routine?

The Gigi Hadid workout routine is focused on providing Gigi with a great cardio burn, in addition to toning the four key areas that any model workout routine targets: core, butt, legs, and arms.

Gigi Hadid is committed to her workout routine, which includes full-body HIIT training, running, jump rope, core exercises, and boxing training. The approach to her workout follows the structure of a top model workout program, as she performs these moves in dynamic circuits that raise her heart rate and tone her whole body.

How Can I Follow the Gigi Hadid Workout Routine?

If you want to look like Gigi Hadid, you need to follow a workout routine that targets the model physique. Not all workout programs are focused on getting you a model body. Gigi Hadid and other Sports Illustrated and Victoria Secret models are committed to achieving a slender, lean look. They are invested in building functional and dynamic muscle that will enable them to perform at their peak on the runway and in photoshoots.

The key to replicating Gigi Hadid’s workout routine is to follow a disciplined workout of high-intensity workout moves, but doing so in such a way that you don’t take a break between moves—only after you’ve completed six to eight moves in a row.

Gigi can often be seen training in the boxing gym, and her personal trainer has commented in interviews that this boxing workout is usually interspersed with core exercises. So, Gigi will complete 10 minutes of shadow boxing and then move into crunches.

After completing a focused set of crunches, she will again move into boxing punches for another 10 minutes. After that, again she will hit the floor and complete leg raises or hold a plank. She will then complete a jump rope set for a concentrated 2-3 minutes and again head back down to the mat for another ab exercise, such as bicycles.

In transitioning from boxing training to ab exercises, Gigi doesn’t take any rest, and this is incredibly effective in burning the most calories possible through a concentrated cardio burn.

Gigi Hadid, or any supermodel out there, is focused on their workouts but also on their health and what they eat every day. Exercise and proper nutrition go hand in hand when trying to achieve a Gigi Hadid body, so you need to tackle your program from every angle.

Gigi Hadid says that she loves burgers and fries, and often frequents various hamburger joints around New York City. She also eats plenty of pasta, especially with vodka sauce (we will give you the Gigi Hadid pasta recipe below). Yes, burgers and pasta don’t seem like the typical foods you would tend to see included in a supermodel diet plan, but keep in mind that Gigi combines these foods with a well-rounded diet that includes fruits, veggies, and lean protein.

Gigi Hadid’s diet and exercise have a complementary relationship. If you’re getting in a great training session, odds are you’ll work up an appetite. It’s most likely the case that Gigi eats her “cheat foods”—such as burgers—after a tough HIIT workout session. But on a day she’s getting ready for a shoot, Gigi most likely stays light with a fruit smoothie or salad.

Gigi has revealed many times that she loves salad and can eat a salad virtually every day of the week. Consistently eating a great serving of veggies is key to any clean eating program, and especially if your goal is to achieve the Gigi Hadid body. But don’t forget that you also need to eat carbs and lean protein—so don’t forget to include all of the macronutrients in your diet. Let’s explore Gigi Hadid’s pasta recipe now. Gigi Hadid recently posted on her Instagram account a picture of a delicious plate of pasta with vodka sauce. Mission Lean has done some investigating and we were able to uncover the recipe, which we’ll share with you here. Keep in mind that Gigi is probably eating the majority of her carbs—such as pasta—after a tough workout in the gym. That’s how she stays lean and in top model form, by getting in a great workout and then refueling with her pasta recipe. Try to make the Gigi Hadid pasta with vodka sauce by following the instructions below:

The Gigi Hadid pasta recipe should be combined with a full-body toning workout, and ideally consumed post-workout. Make yourself a fresh side salad to round out your diet with some healthy veggies and enjoy!

How Do I Get the Gigi Hadid Body?

To get the Gigi Hadid body, you need a workout plan that targets model fitness. Mission Lean has a program tailored specifically to achieve the model body, created and curated by former America’s Next Top Model and Wilhelmina model Lyuda Bouzinova. With a model fitness program in your corner, you will have specific coaching and advice to guide you in the right direction.

Regardless of whether you use a model workout program like Mission Lean or choose to train yourself, you need to crystalize your approach to fitness in order to reach the Gigi Hadid body. Any supermodel invests a huge amount of time and energy into looking the way they do – both in terms of their beauty and health. After all, this is their profession! You need to consider a supermodel to be a highly trained athlete, as she must consistently perform at her peak on the runway and in photoshoots.

To achieve the Gigi Hadid body, you need to focus your workout on instigating the maximum fat burn combined with peak toning. You also want to follow through with full-body workouts, but especially exercises that target the abs (core), butt, and legs. Look at Gigi Hadid or any other supermodel out there—they have a toned core, slender legs, and good shape to their butt. To look like a model, you need to train like a model. How Can I Get to Gigi Hadid’s Weight and Size?

Gigi Hadid’s weight is more or less 125 pounds (57 kilos). Gigi is 5’ 10’’ and so this is an incredibly light weight for her tall frame. Gigi is able to maintain this light weight through the combination of an exercise and diet program that enables her to stay in peak form throughout the year.

To achieve and stabilize at Gigi Hadid’s weight, you need to be sure that you are following a workout plan that raises your heart rate sufficiently to benefit from a cardio burn. The Mission Lean app offers a targeted model workout program, but if you choose to train on your own you need to make sure your routines are structured to burn fat to the maximum. This is the only way to stay at Gigi Hadid’s weight, which is undoubtedly a very lean and slender physique.

Bodyweight exercises and dynamic, functional exercise moves should be your go-to when building your model workout program. In order to maintain Gigi Hadid’s weight of 125 pounds, you should aim to combine effective toning exercises and core moves in a structure where you move from one move to the next without rest. In this way, you will increase your heart rate, limit oxygen intake (which will allow you to benefit from the EPOC response after your workout), and build great strength throughout your body.

Reach the Gigi Hadid Body with an Optimized Diet

Don’t forget that the diet is also a key component of reaching the Gigi Hadid body. We touched on many of Gigi’s diet secrets to maintaining her physique above, and even gave you the Gigi Hadid pasta recipe!

Remember that you want to structure your diet around whole, single-ingredient foods. When you go to the supermarket, try to do your shopping on the periphery, which is where these single-ingredient healthy foods are located.

Start preparing your healthy food at home and combine this with a targeted model workout program. With determination, focus, and a structured workout plan, you will be runway-ready like Gigi! 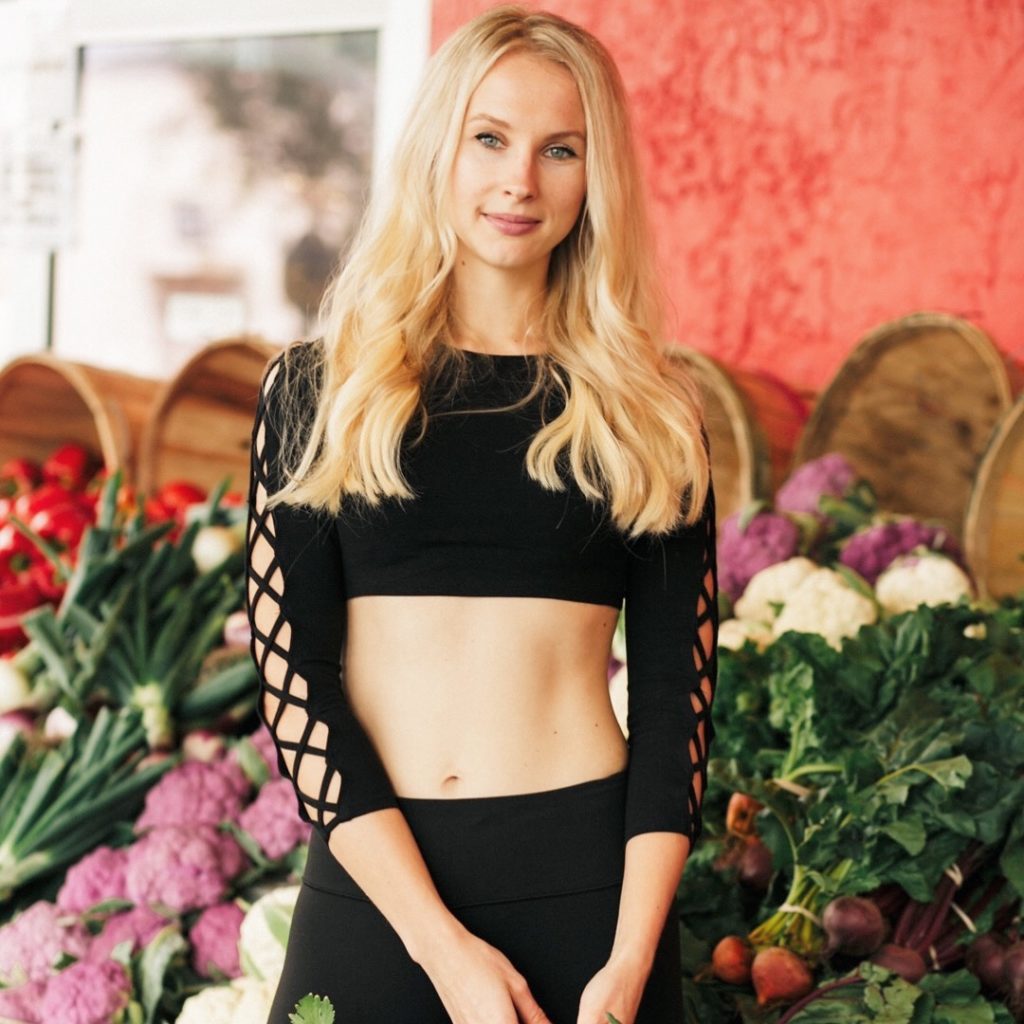 Lyuda is an ACE Certified Personal Trainer and Fitness Nutrition Specialist. Before creating Mission Lean, she worked as a model in New York and Miami. Her experience in the fashion industry, with its size pressures and expectations, inspired her to develop a nutrition and fitness program that was healthy and sustainable in order to maintain a lean physique. 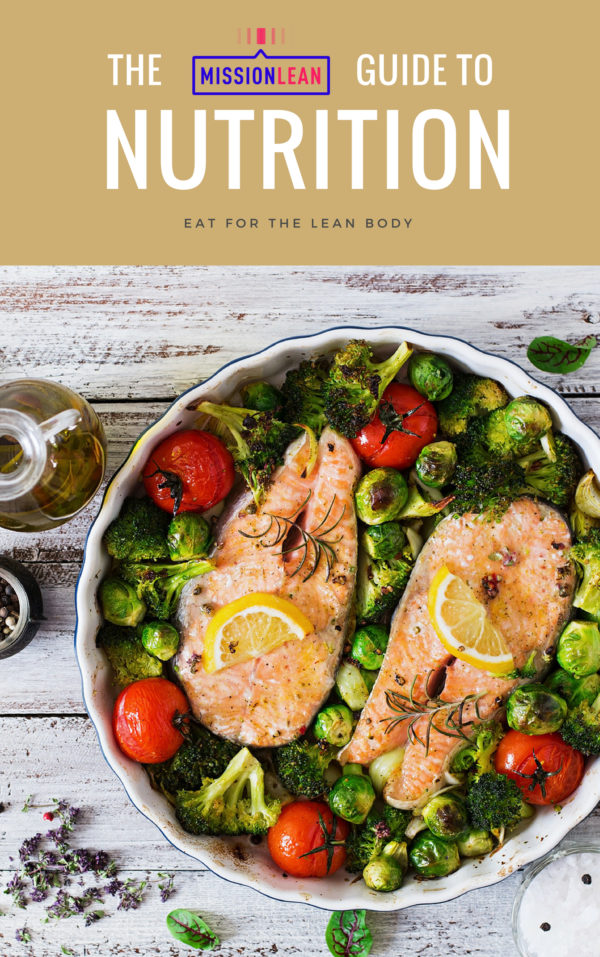 GET OUR FREE NUTRITION GUIDE

Stop sabotaging your diet. Get your free e-book!

You have Successfully Subscribed!

Get the workout that models use to stay lean.

Success! Check your inbox for your free workout!